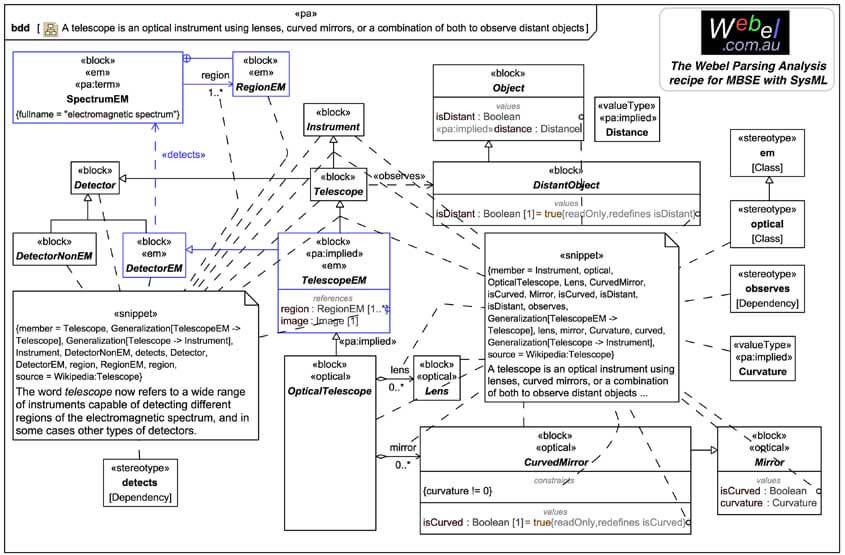 See the power of Webel parsing analysis (WPA) as a method of eliciting SysML models, including requirements, from a domain source document. WPA is a powerful technique that has been refined over two decades by Dr Darren, which assists in the transition from DISE to MBSE. It can be used as a first step on SysML/MBSE and can be used in parallel with freestyle modelling.

In our first instalment, the theory behind the Webel Parsing Analysis recipe for SysML is introduced in a white paper. Future instalments will show it applied to real world problems on the CATIA Magic platform.